Will The Bubble Burst? 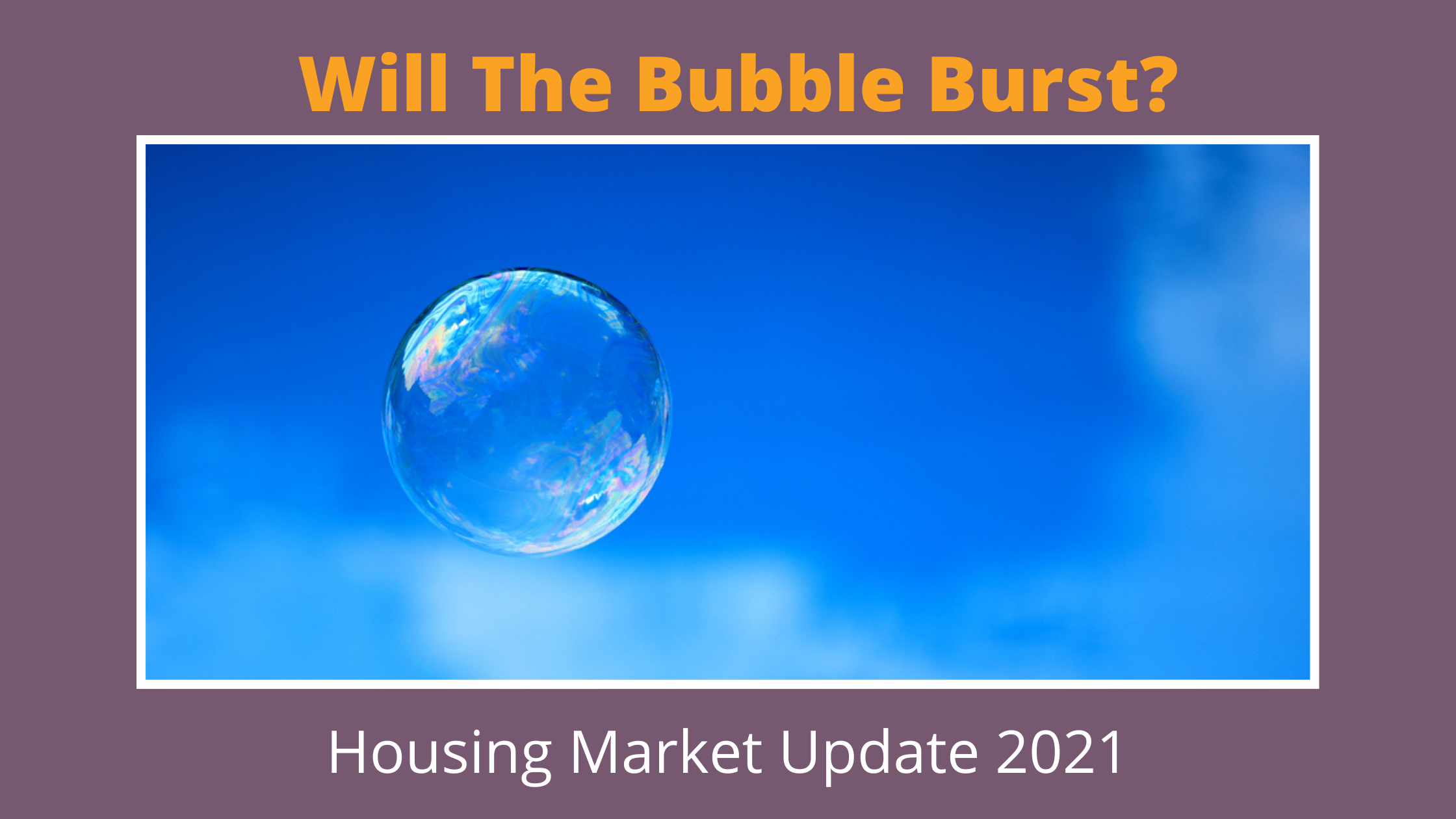 We put this video together after having several conversations this week and several more last week with people that would love to sell their home but they don't know where they're going to go. They know they could sell quickly and they're afraid if they do put their home on the market they won't have a place to go.

Will The Bubble Burst?

Some say that they're waiting for the bubble to burst and home prices to come down. Most economists agree that this situation is NOT like it was in 2008 when people were getting adjustable-rate mortgages and then when the mortgages would adjust they couldn't afford the payments so that's when the banks took them back in foreclosure.

So again nothing like that now is happening. In fact, we now have tight lending standards with historically low fixed-rate mortgages (not adjustable) and there's a lot of cash purchases. Banks don't foreclose on cash purchases nor do they foreclose on homes with lots of equity. Yes there are some homes in forbearance that will come out of forbearance without solutions and banks will take them back and they will be sold on the open market. But that's a small percentage and they will get quickly absorbed by the demand for homes. Banks would rather work it out with those homeowners than foreclose. It costs them so much money and time to foreclose.

Some people are saying that Florida is the Last frontier like California was back in the 1980s. They are saying you can spend over $1 million for a one-bedroom home in many places in California. There's only so much land in Florida and moving inland is not an option for a lot of people who want to be near the beach. They want the ocean breezes that you don’t get inland and they want the Florida beach lifestyle. As you go west and south are you going to the Everglades where you can’t build.

There's a lot of people moving here that can work from home now and into the future. They want OUT of the winter weather and into the sun. They want no state income tax.  They want lower real estate taxes.

So for the foreseeable future, it looks like prices are going to continue to rise. If you're thinking that it's better to make a move now while prices are where they are then we're here to help. Check out our First Buy, Sell Later Solution in the video below. Reach out to us with any questions you may have and if you want more information, as always, We're here to help! Thanks.